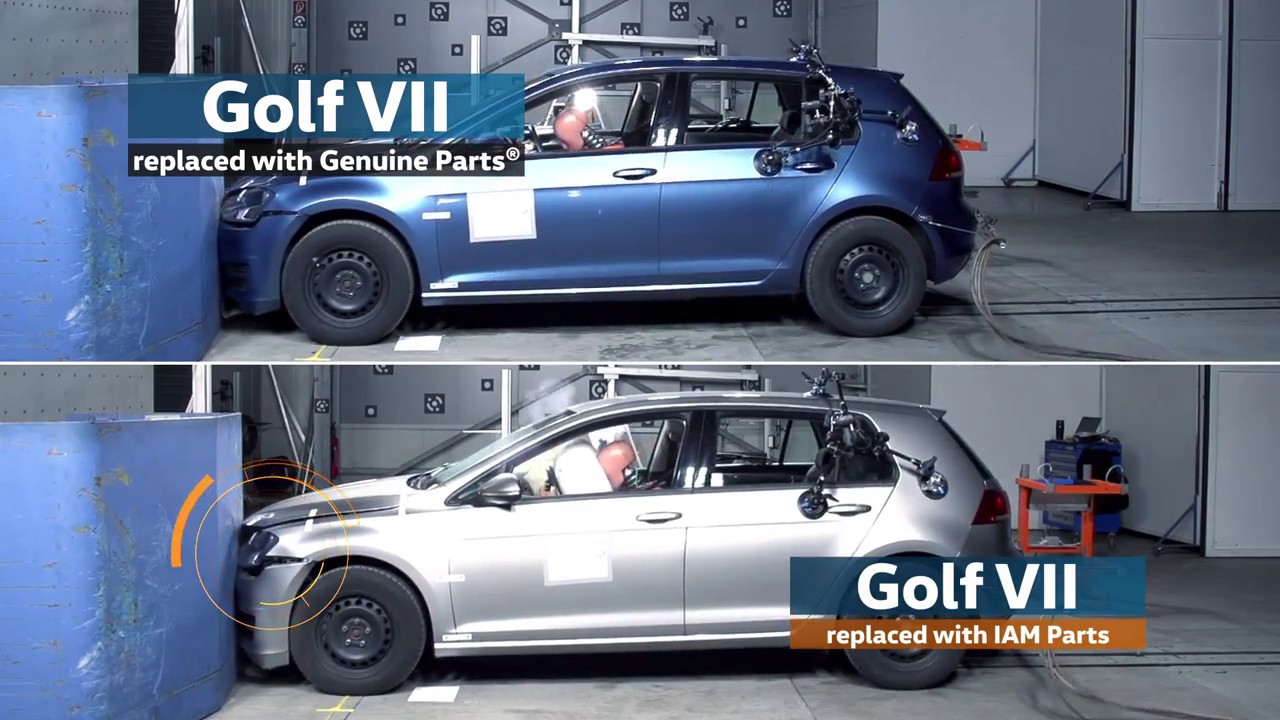 What are LKQ, Aftermarket, Economy or Counterfeit parts?

There is extensive evidence to show that these “counterfeit parts” are substantially inferior in fit, finish, corrosion resistance, and crash integrity. It would not be an exaggeration to say the future safety of your vehicle’s occupants could be compromised if economy parts are used to repair your current damage. We strongly recommend against the use of non-OEM parts. The use of economy parts is usually incorporated into the DRP shop agreements we referenced above. We have never read or heard any car manufacture that recommends anything other than new OEM parts in the repair of their cars as they are not engineered to the same high standards.

What are Used or Salvaged parts?

Salvaged parts are parts that comes from wrecked or flood damaged cars.

Reconditioned bumpers are bumpers that shops have thrown away because there may be a safety issue or they can’t be repaired properly or it is not cost-effective to repair correctly by a trained professional. Recon places offer an exchange warranty only, If it is painted and does not fit or fails for any reason they will only return the cost of the part or exchange the part for another one.

These are parts that were likely taken from a car that was in an accident that was not worth repairing. Or they could have been taken off of a car that was in one of the floods along the Gulf Coast. Ever seen how bad cars rust along the coast? We are all about our environment but we have never read or heard any car manufacture that recommends anything other than new OEM parts in the repair of their cars as there is no way of knowing the quality and safety of these parts. Are they twisted from the other accident? Are they even OEM parts? Are there future rust issues because it was in a flood? How was the part handled in the junk yard? What’s the warranty? Most do not have a warrenty worth the paper it was printed on…. The list goes on…..

What are one time use parts?

These are parts the manufacture says needs to be replaced if taken off as it could be a safety issue or a cosmetic issue. It could be the mounts that the clips go into crack or bend. If this was an airbag cover it could mean the cover hits you in the face or the airbag does not deploy in the direction it was designed to be projected. It could be for a piece of glass that the tabs are cut off that could compromise the safety as glass is the structure of your car or could be for alignment issues. It could be the parts have double side tape that is almost impossible to replace properly so they will eventually fall off or start to lift off or do not fit as snugly or all the before.