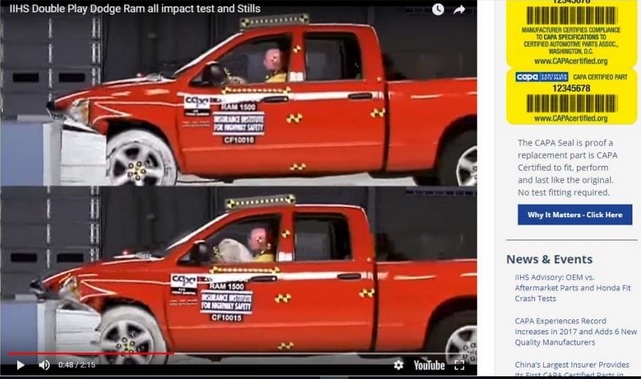 What are LKQ, Aftermarket, Economy, or Counterfeit parts?

Extensive evidence shows that these “counterfeit parts” are substantially inferior in fit, finish, corrosion resistance, and crash integrity. It would not be an exaggeration to say the future safety of your vehicle’s occupants could be compromised if economy parts are used to repair your current damage. We strongly recommend against the use of non-OEM parts. The use of economy parts is usually incorporated into the DRP shop agreements we referenced above. We have never read or heard of any car manufacturer that recommends anything other than new OEM parts in the repair of their cars as they are not engineered to the same high standards.

Categories:
Manage Cookie Consent
To provide the best experiences, we use technologies like cookies to store and/or access device information. Consenting to these technologies will allow us to process data such as browsing behavior or unique IDs on this site. Not consenting or withdrawing consent, may adversely affect certain features and functions.
Manage options Manage services Manage vendors Read more about these purposes
View preferences
{title} {title} {title}