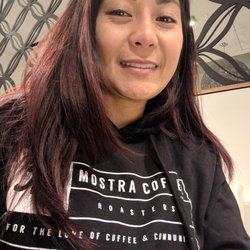 I just finished grocery shopping and was putting my son into his car seat in my one-month-old Chevy Equinox the other day. A woman so recklessly drove out of the parking lot but not before hitting a shopping cart on her way out.

Just my luck it ended up smashing against my SUV. The damage was done to the lower front driver’s side fender. The impact was so hard that it dented the metal down the seam, which prevented my driver’s door to open.

The next day I Yelped dent removal companies and I found 3 with great reviews; 2 were mobile companies and the other was The Dent Devils. I really wanted to get this fixed because having to enter my car through the passenger side is not fun!

I contacted each one within minutes of one another. The 1st mobile company was flustered and just said to text him the photos and he’ll get back to me. I received a text that read, “$250 – $350, and your new SUV will look great again. We come to you.” I replied, “what does that entail…paint?’ Their response was, “No. There does not appear to be any paint damage.” That was it, no follow-up call or anything.

The 2nd was through e-mail and they got back fairly quickly for more photos. Said it would be $325 with paint because they had to drill through the metal and pop it out. Yeah, no thank you!

The 3rd was The Dent Devils and Eddie got back to me within minutes of the request submission with photos. Each company got 10 different angle photos of the damage, so they had the same info to go off of. Eddie asked me some questions, gave me a breakdown of the process, and gave me an estimate. I was pleased with what I heard so I headed down to the shop to get a more accurate quote…in hopes to get my dent taken care of too.

I arrived at a small, but fully equipped shop just off the 163 freeway in Kearney Mesa. Eddie took a few detailed looks at the dent and said it would be just about an hour and it would be good as new. He didn’t say perfect and made it clear, because let’s be honest it wouldn’t be perfect or I would not be there. Eddie got to work and like an artist with a fine brush on canvas, he got my dent out and looked absolutely unnoticeable in 30 minutes! I couldn’t be happier with the results, how fast he got it done, and how AFFORDABLE it was! I can’t even tell there was a dent there at all, thank you Eddie for making my life easier again…no more jumping through the passenger door for me 😉